The planning process for cellular radio networks in general and UMTS networks in particular requires a characterization of the traffic the network has to carry. This includes both the amount of traffic that is expected and its spatial distribution. Typically, the traffic is described by a traffic map or matrix that contains a traffic density in terms of the mean number of expected user per raster unit. In UMTS networks, different services may follow different spatial distributions such that an individual traffic map per service class is required. Generally, the quality of the radio network planning directly depends on the quality of the prediction of the (spatial) traffic characterization.

The traditional way to obtain these traffic maps is to estimate or measure the amount of traffic per base station and to distribute it within the cell area according to the knowledge of population density, socio-economic, morphologic or geographic in the different raster units.

The objective of this project is to utilize UMTS specific features like transmit power control or soft handover in order to estimate the spatial traffic distribution from traffic measurements made in the core or radio access network. The objective of the project is illustrated in the following figure: measurements in the network are used in order to produce a spatial traffic map as indicated in the figure 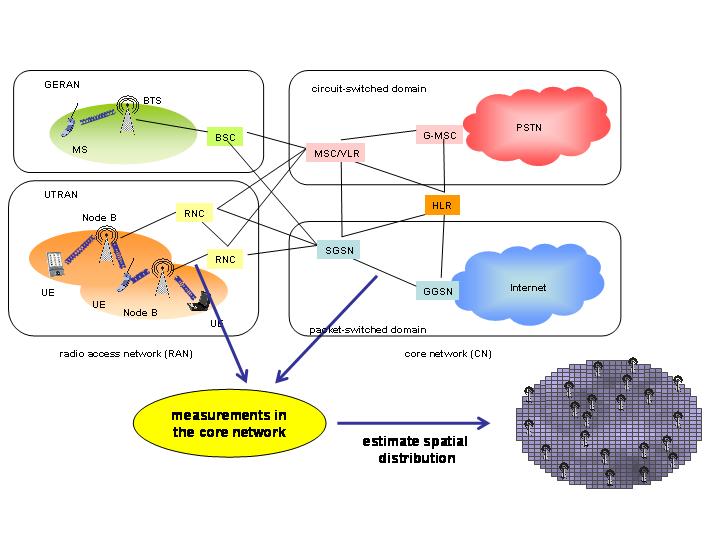