UWE-4 is equipped with a novel sun sensor on each panel called Naneye 2D image sensors with a size of only 1 x 1 mm originally designed for medical applications.

This sensor has 62K pixels with a size of 3x3 μm organized as a 249 by 250 pixel field. The sensor features programmable exposure time, programmable black level and analogue gain which makes it ideal for space applications. For the implementation of the image sensor as a sun sensor in UWE-4 it was configured as a pinhole camera by a custom lens. The photo shows the sun sensor mounted in a panel in relation to an 1-euro-cent coin: 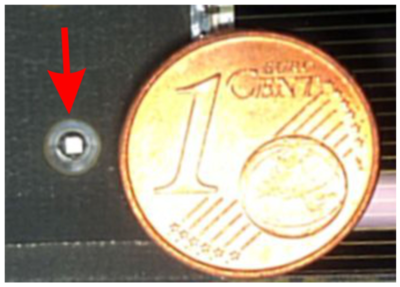 The sun sensor is supported by a 300 MHz ATMEL ARM Cortex 7 micro controller to provide fast read out and processing of the sensor data. Therefore an automated optical calibration matrix of each sensor was measured in the lab before launch to know the lens distortions: 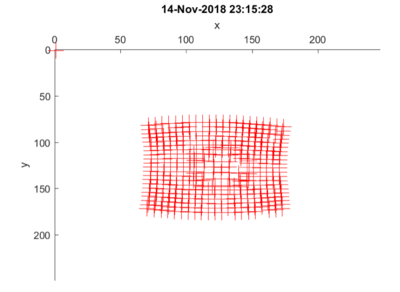 With this known distortion the image of a spotlight in the lab could be corrected (left picture) and the center of mass could be calculated (right picture) by post processing. The ring at the upper right side of the “sun” is a lens reflection.

The following shows a photo from the sun taken in space on board UWE-4 at the 13th of march this year: 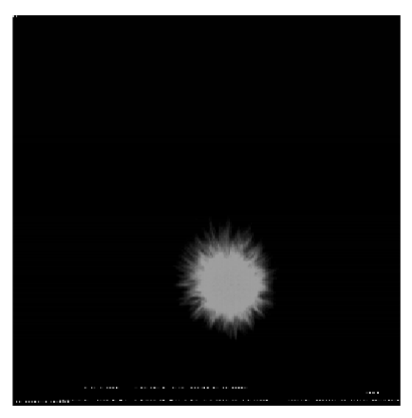 Clearly visible is the starburst effect presumably caused by the aperture of the sensor in addition with a small overexposure in the center of the sun. The noise in the lower section of the photo was caused by the transmission.

Currently we are working on the combination of the six sun sensors by a calibration matrix to be able to determine UWE-4 relative position to the sun.